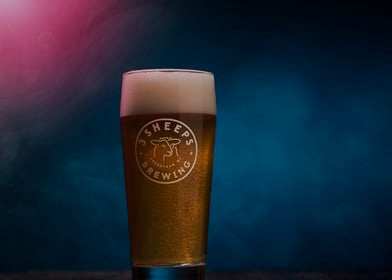 3 Sheeps Brewery needed more than just branded pint glasses. They were looking for functional, attractive glass customization with a more scientific approach. Boelter worked diligently to find the perfect glassware solution for 3 Sheeps. In the end, the brewery found exactly what they wanted.

3 Sheeps Brewery is a craft brewery operating in the heart of Sheboygan, Wisconsin, very close to the shores of Lake Michigan. With a lifelong love of beer and a surprise home brewing kit, Grant Pauly founded 3 Sheeps to explore creative and scientific ways for transforming traditional beer into styles and flavors never tasted before.

In the words of 3 Sheeps:

“We have an aversion to doing things the way they’ve always been done. We prefer to set our sights on something once thought impossible and bury ourselves in scientific process until we achieve it. We’re equal parts creativity and scientific process. Experimentation and balance. Heart and science.” 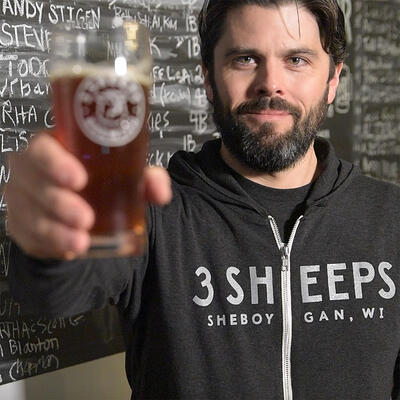 As 3 Sheeps Brewery grew, the group needed to expand their branding. They wanted to find a partner that not only offered the branding products and services they were looking for, but one that was also responsive, patient and fun to work alongside. Because the company prides itself on incorporating a more scientific approach to their brewery, they were also looking for options to customize their products in more than just an aesthetic way; they wanted customizations to serve a purpose.

When 3 Sheeps Brewery first started sifting through potential partnerships, they stumbled upon Boelter. As a small business owner himself, Grant thought it would be great to support a local company. But more than that, it was clear that Boelter had the expertise, passion and custom product capabilities he desired.

After the two companies began working together, the fit became very apparent.

"Once we started working with the in-house and out-house sales crew, it was just too much fun to even stray anywhere else. They have more than just glasses. They have everything else we could possibly want: tin tackers, coasters, napkins. We buy a lot of different items, so it was nice being able to work with one group for all of our needs.”

Boelter was able to offer 3 Sheeps Brewery more than just pint glasses with their logos on them. We were able to provide crafted glass customization.

Grant wanted a glass for the brewery’s year-round beer that would not only fit 16 ounces but one that would also make a better, more scientific drinking experience. Boelter’s in-house sales team worked closely and patiently with them, sending sample after sample to help find the perfect glassware solutions.

In the end, the brewery found exactly what they wanted. The glass 3 Sheeps chose is a thin pint that closes slightly at the top and incorporates nucleation points at the bottom in the shape of their logo. These nucleation points are designed to continually push bubbles throughout a pint to maintain aroma and carbonation for a more extended period of time. Combining the nucleation with the slight inward curve of the glass mouth creates an experience for 3 Sheeps customers that allows them to savor aromas and flavors evenly from their first sip to their last. 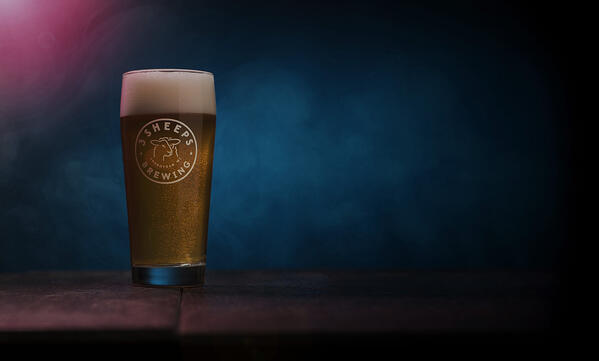 "Boelter really did just make it easy… You could just tell it was going to be a good partnership and fun experience. And the pricing is of course always great too. They’re always competitive. Across the board, there really wasn’t an option for us once we started looking at it.”

Watch our video case study to hear more from Grant about how Boelter helped him pursue his passion.